This poster is being offered for sale, at the URL www.golsn.com/listings/collectibles-antiques/2883346.html with the blurb:

I have a 1972 DON MCLEAN "American Pie" European Tour Concert Poster !!!
This IS NOT A REPRODUCTION poster !!!!
It measures 33"inches x 23 1/2"inches. It has been hung on the wall a few times
and has tack holes in the corners, other than that-it is in great shape-no creases!
The concert was in Offenbach Germany....

"Mom's Apple Pie" was a horn band from Ohio; the cover of this album—yes, I did look for an ad, so if you want, I'll take this down—represents their fifteen minutes of fame, though.

The image of the album cover is taken from this link, which is an interesting read about banned album covers—most of them banned by prudes in the States, naturally.

Cookies or pie? Now you don't have to choose! Make it a-la-mode and we would really have something! 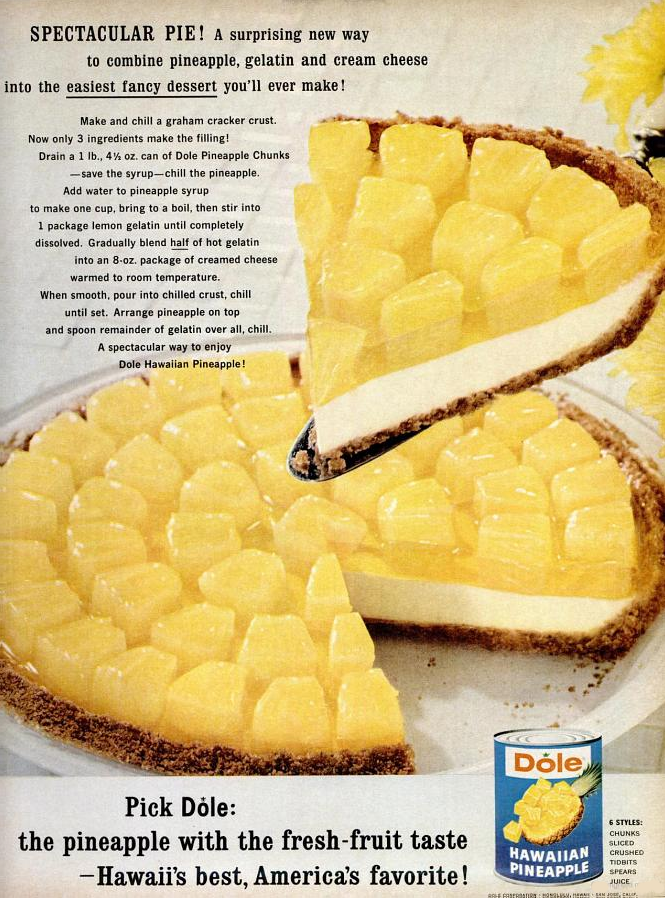 This was one of the first things I learned to make: Dream Whip Pie.