Dang. I can't even remember the last time I posted an ad here. People reminiscing about their old VW's in a recent post got me to thinking about the Corrado.

I was in college in 1989 and my family was stationed in Germany, so the Army paid for one trip a year to visit them.  I flew over for Christmas and New Years.  My dad's picked me up in a loaner car because their Mercedes was in the shop.  He asked if it was okay to stop off at the dealership on the way home to pick up their car.  My dad was good friends with the two brothers who owned the Mercedes/Porsche/VW dealership in Augsburg.  While we were there, one of them came out and said he was one of the first in the country to have gotten the new VW Corrado in stock and would we like to take it out for a drive.  My father drove it out on the highway and I (having just flown from Austin to Dallas, to London, to Munich) took it back on the snowy back roads.  That car took curves like it was on rails.  It's still probably the most fun car I've ever driven.

When the Corrado was finally sold in the US, it didn't have the 'big' supercharged 4 cylinder engine it had in Europe.  It was a lot less powerful.

This was my first true love.  Only mine was canary yellow with black pinstriping.  Man, I wish I still had that car! 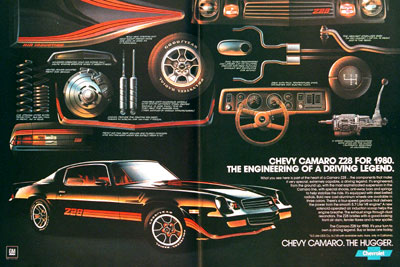 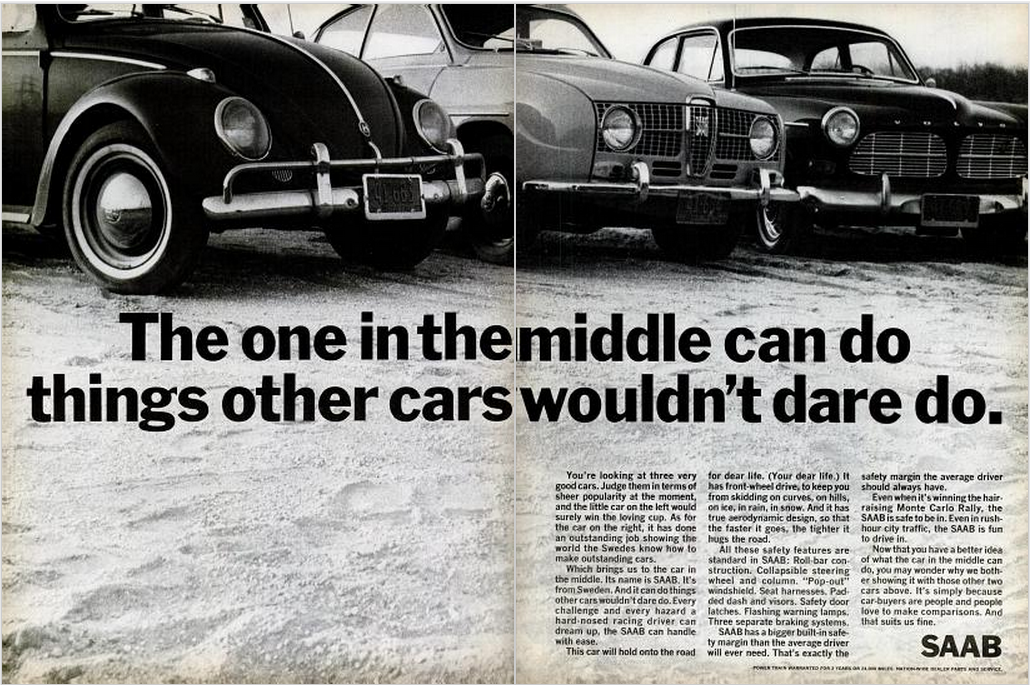 The other two brands will be represented in my next two posts. 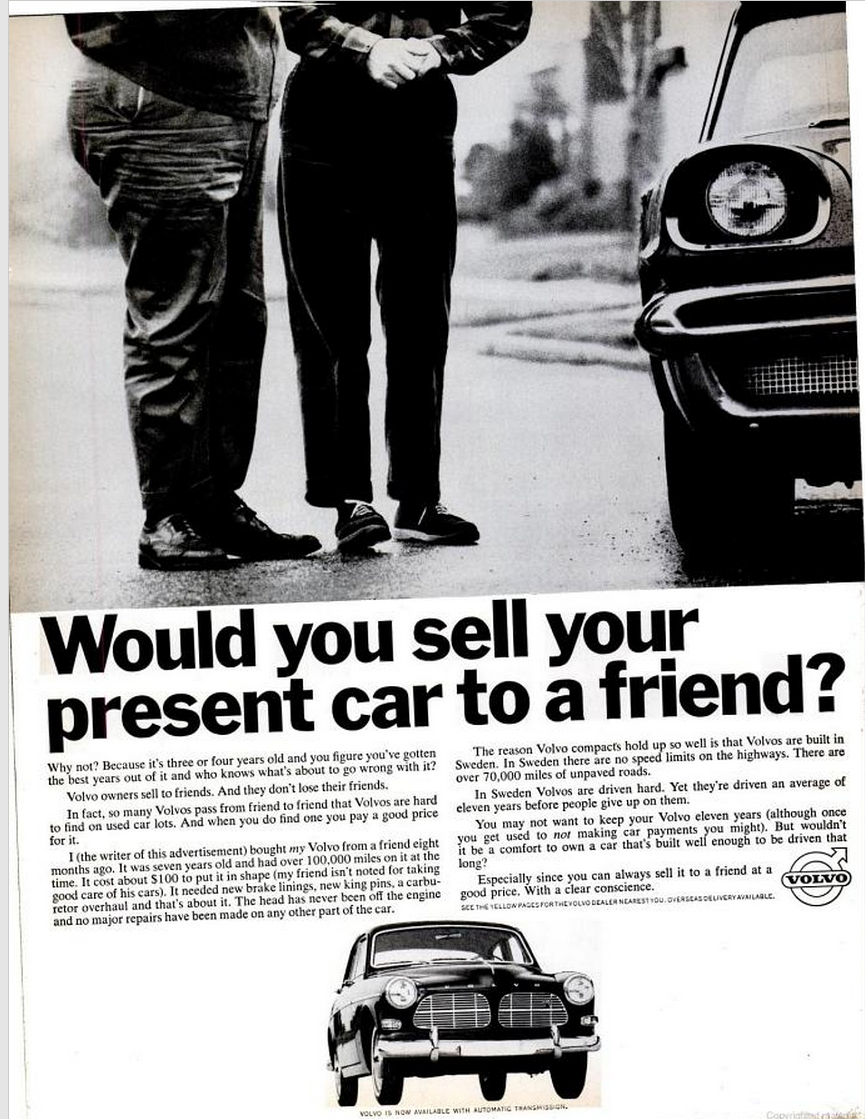 It's not often you see the copywriters refer to themselves in an ad. 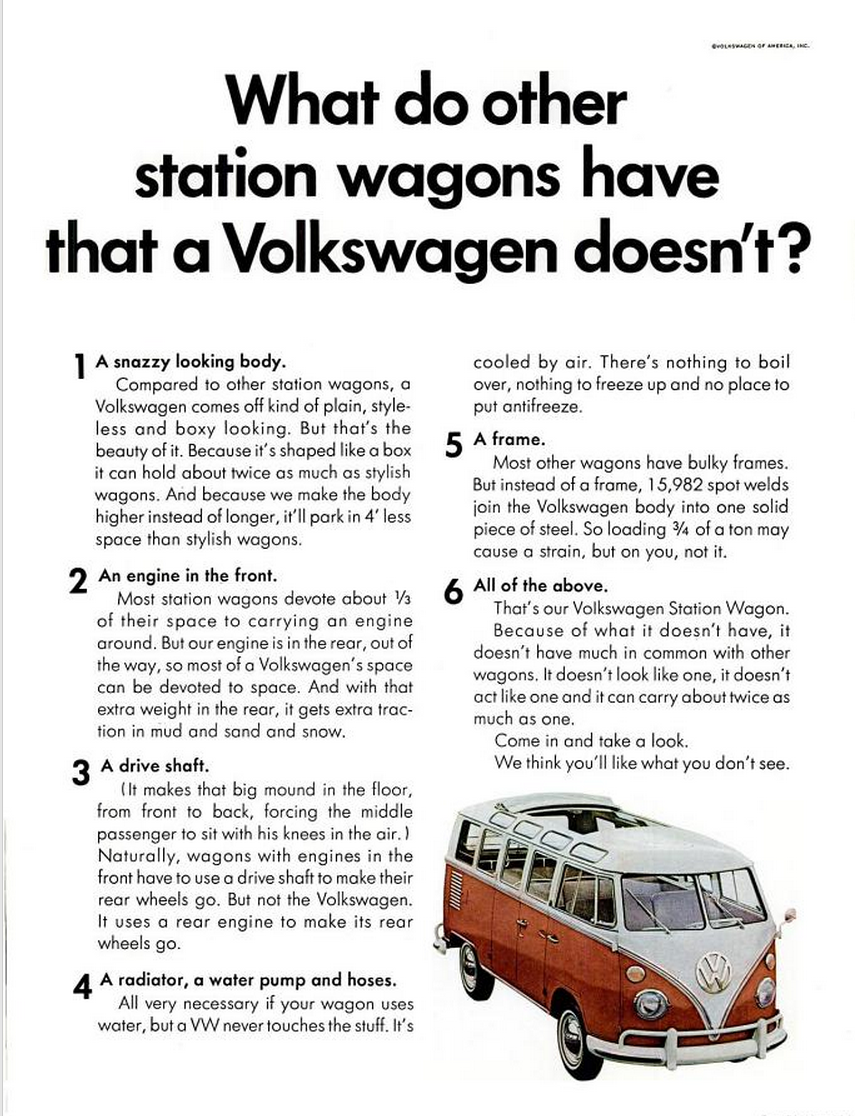 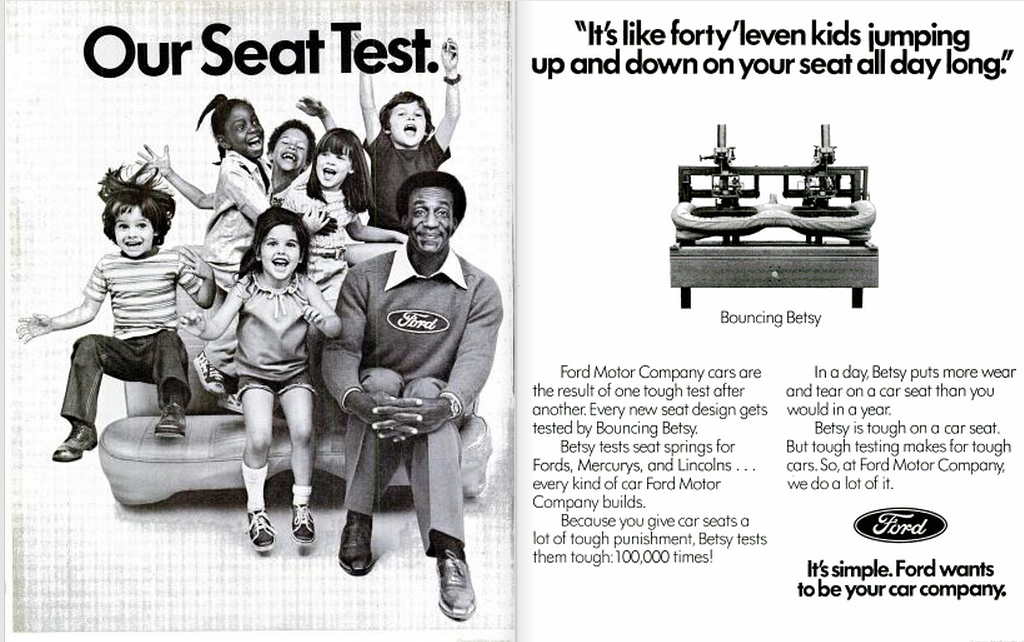 "Bouncing Betsy" sounds like someone the Cos might have known back in his old neighborhood in Philly. If there is ever an adult version of Fat Albert and the Cosby Kids, she would be a good recurring character. (There you go, Adult Swim. Feel free to run with this idea.)

The VO sounds familiar. Any idea who it might be?

Added "out of business" tag. The Chrysler corporation is still around, but the Plymouth brand was retired in 2001.

Weekend event 10-12 Out of Business: Ads for products & businesses that are no longer around....could also i guess include countries like the USSR, Palestine, Persia, etc...sports teams that moved to another city, etc....be creative, as always! :) 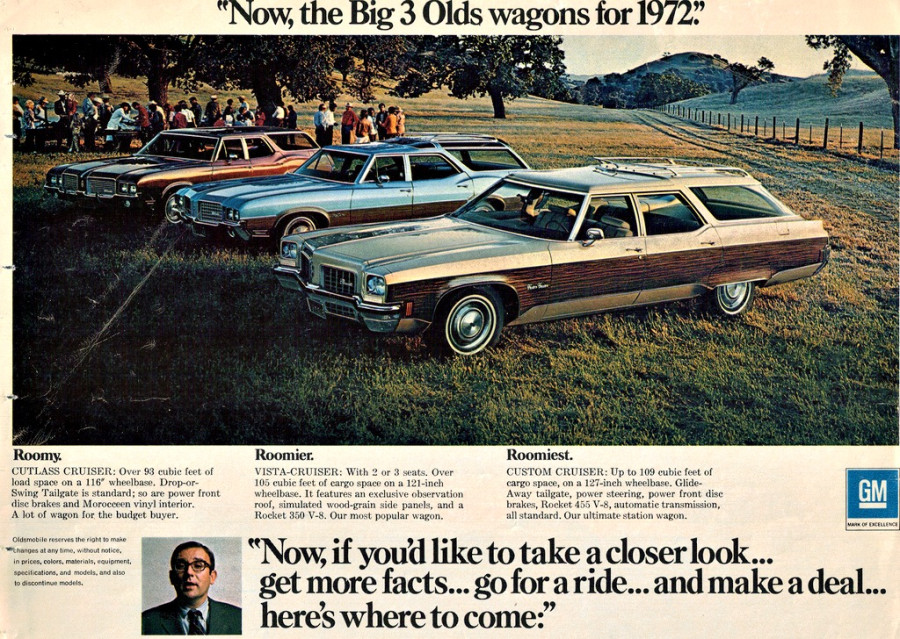 The Vista-Cruiser or the Cutlass Cruiser...I'm not picky. Either one will do nicely.
Collapse