One of the earliest ads.  Note the charmingly racist "don't be a paleface" Indian logo and the even more unusual foward-facing girl.

Those elves will peddle anything. I think these were on the shelves for about 10 minutes. 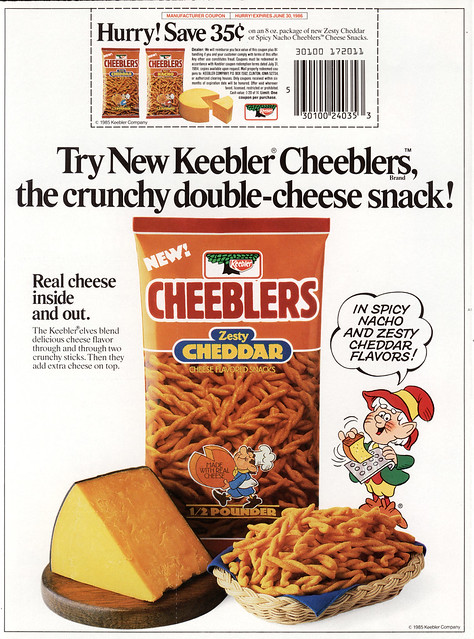 There was one of these in the town I grew up in. We always looked forward to a trip to the Red Barn. I think Hamburger Hungry was Jim Henson's inspiration for Ernie.

1952 print ad when Tony the Tiger sprung on to the cereal scene with new Frosted Flakes. 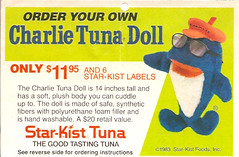 She's been around for decades, but went nameless until 2014 after a contest was held to give her a name.

Her look has changed over the years. This is what she looks like these days.

It wasn't all that long ago when the Campbell's kids still had chubby rosy cheeks. They look a bit different these days.

Though the 1989 DOS and Commodore 64 game Avoid The Noid had players delivering pizzas and dodging the annoying Domino's Pizza mascot, this 1990 game for NES let the player act as the monstrosity. Noid traversed through New York using a yo-yo to battle his evil duplicate, Mr. Green. Yo! Noid was essentially a modified duplication of another Capcom game from Japan called Kamen no Ninja Hanamaru; the game play remain unchanged, but different facades were applied to the locations.