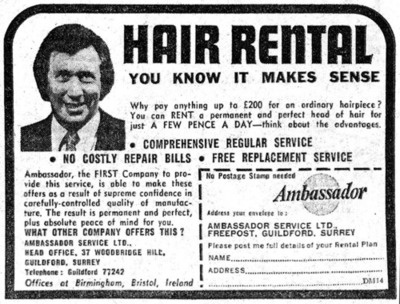 Anyone else remember this? There were a few others as well.

This was an interesting "rescue" mission. I found a wad of crumpled up newspaper wrapped around some rusty chunk of iron, and when I looked at it carefully, I realized it was a local newspaper from Valley City, North Dakota, 1933, with an ad for Strauss Clothing. The family who ran Strauss until very recently are distant in-laws so I wanted to try and rescue the ad.

I dusted off the lump as much as I could, and put the sheets in the bathtub and ran the shower on them very carefully. Once the paper was thoroughly soaked I opened up the pages and washed them gently using a very soft brush and some detergent, and rinsed them thoroughly. Then I lifted them out onto a cloth and let them dry until they were just damp, and hot ironed them flat. (I should add that all of this is utterly wrong for anything you mean to save; the hot ironing alone degrades the paper to the point of it being crispy crunchy. But these sheets had been stained with iron oxide which eats away at organic materials, so they are never going to be archivally stable.)

Then scanning in sections and stitching in Photoshop. Under the cut below are large versions of the finished stitches.

So far I haven't been able to find any record of the newspaper itself, only oblique references in other papers, but one such reference names it as the town's newspaper of record. There was a radio show of the same name, but no record of whether they were connected.

There are some interesting US cultural references in the ads, such as "Gibson Girls", which I though was only a thing in the 1880s-1910s, but apparently while "flapper" came and went, "Gibson Girl" remained relevant in Valley City. Idealised clothing styles tended toward slim bodies and exaggerated shoulders, a style that was revived and even further exaggerated during the 1980s. 1933 was of course in the depths of the Great Depression. Prohibition (of alcohol) was repealed just three months after this paper was published. Corsets were a thing; many of the brand names and trademarks we recognize today were already in place (Quaker Oats, Jello, Dole pineapple, Hills Bros coffee, Old Dutch cleanser, Lucky Strike cigarettes, J. C. Penney, Coty cosmetics, Florsheim shoes, Rayon, Johnathan apples, Aladdin Lamps, and of course Ford). It being North Dakota, it's very white, and "the n word" is even used to describe a kind of hat (I think). "N.R.A." referred to the National Recovery Administration, part of the government's programme to foster economic recovery; the logo appears on several ads from companies that participated in industry efforts to regulate prices and set fair minimum wages. As a comparison, $20 in 1933 would be worth about $370 today.