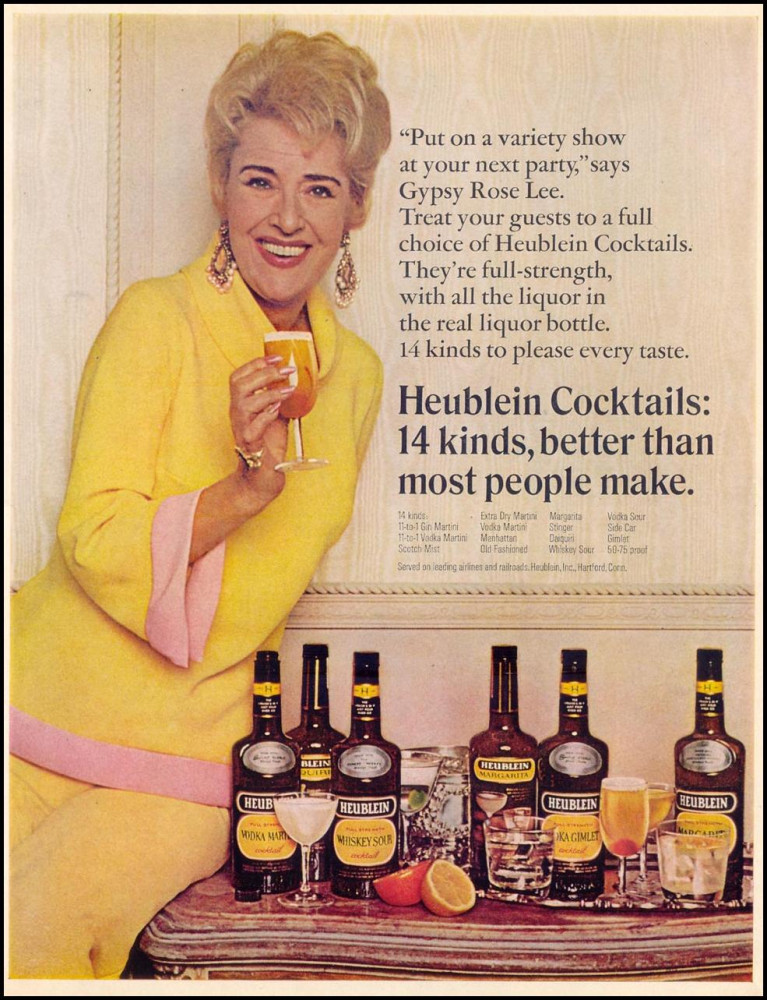 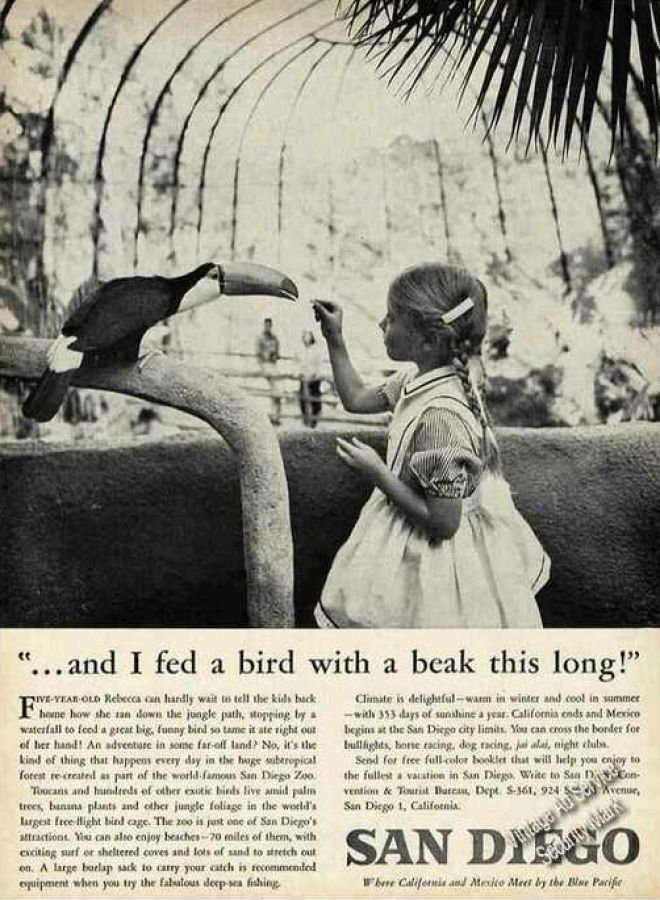 This ad is from 1961- the only one I've found for the zoo thus far (haven't looked very long!)

"Wouldn't it be wonderful to have a zoo in San Diego? I believe I'll build one."

—Harry M. Wegeforth, after hearing a lion roar at the 1915 Panama-California Exposition

The San Diego Zoo grew out of exotic animal exhibitions abandoned after the 1915 Panama-California Exposition. Dr. Harry M. Wegeforth founded the Zoological Society of San Diego, at a meeting on October 2, 1916. He served as president of the society until 1941. A permanent tract of land in Balboa Park was set aside for the zoo in August 1921 On the advice of the city attorney, it was agreed that the city would own all the animals and the zoo would manage them. The zoo began to move in the following year.

I lived in San Diego from 1986 through 1990. My husband, young daughter, and I always had yearly passes to the zoo and went often. It was fun to see the koalas, and also they had a special showing of pandas one year.

As always, I'll post a reminder the day before the event/s

4 Tuesday ONE DAY EVENT: Sour. Things that are sour

7-9 Friday - Sunday Weekend EventS: Maidenform and Crunchy. I dreamed I was a Vintage Ads Mod in my Maidenform Bra. THOSE ads. Though any Maidenform ad/product is acceptable! AND, things that are crunchy!
Collapse