From 1985! Can you imagine how sweaty your ass would get in such pants? "No, that's not pee running down my legs, it's sweat." Remember Walkmans? Damn, I sound like a memberberry from South Park. Ooooo I member!! Didn't you feel cool having something that is now equivalent to about 6-8 cell phones on top of each other that played one cassette? You had to either just be content with one cassette for the day, or carry around cassettes with you too.

Though Walkmans were an improvement from the huge ghetto blasters. Those things were really heavy and took like a dozen D batteries. With a Walkman though, you couldn't 'share' whatever you were listening to, unless you had it full blast so those around you could listen too--whether they wanted to or not. Now we can put hundreds, thousands, of songs on our cell phones. Damn, I feel old. 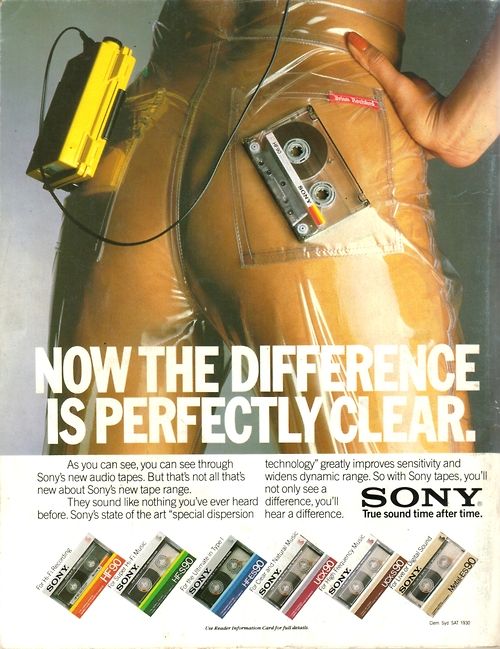 29 Tuesday ONE DAY EVENT Night time in ads. Ads that are shown as being at night
Collapse