Warner Brothers' film PT 109 was unique in that its tale of a President's wartime heroics was released while the President was occupying the Oval Office. Released in 1963, JFK was still with us and had a say in casting Cliff Robertson as himself. He was wary of some teen idol getting the part! ;) A solid cast (Ty Hardin, James Gregory, and Robert Culp) back up Robertson in an inspiring tale of a man's leadership and refusal to give up in what appeared to be hopeless circumstances.

One telling scene late in the film shows a crewman apologizing for 'blowing his top' while things were looking grim and Lieutenant Kennedy assuring him that he wanted men around him who would speak their minds, which carried over into the White House. His brother Bobby was usually on the same page but spoke his mind when he thought JFK needed to hear it, and other close friends/staffers did the same. Imagine a President welcoming opposing views!

A pair of 1963 ads featuring JFK, the Red Cross and United Way. 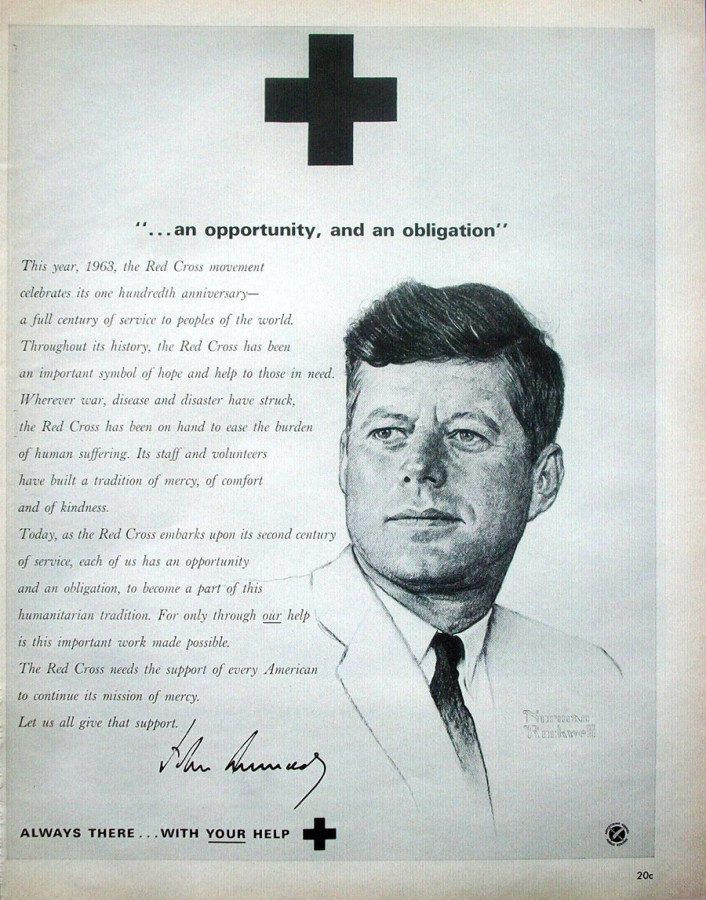 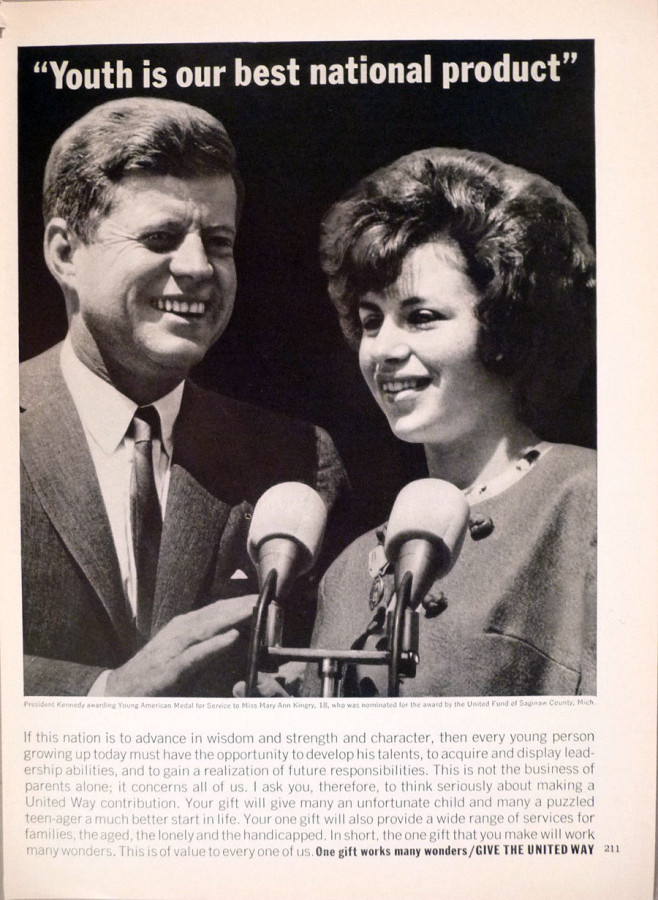 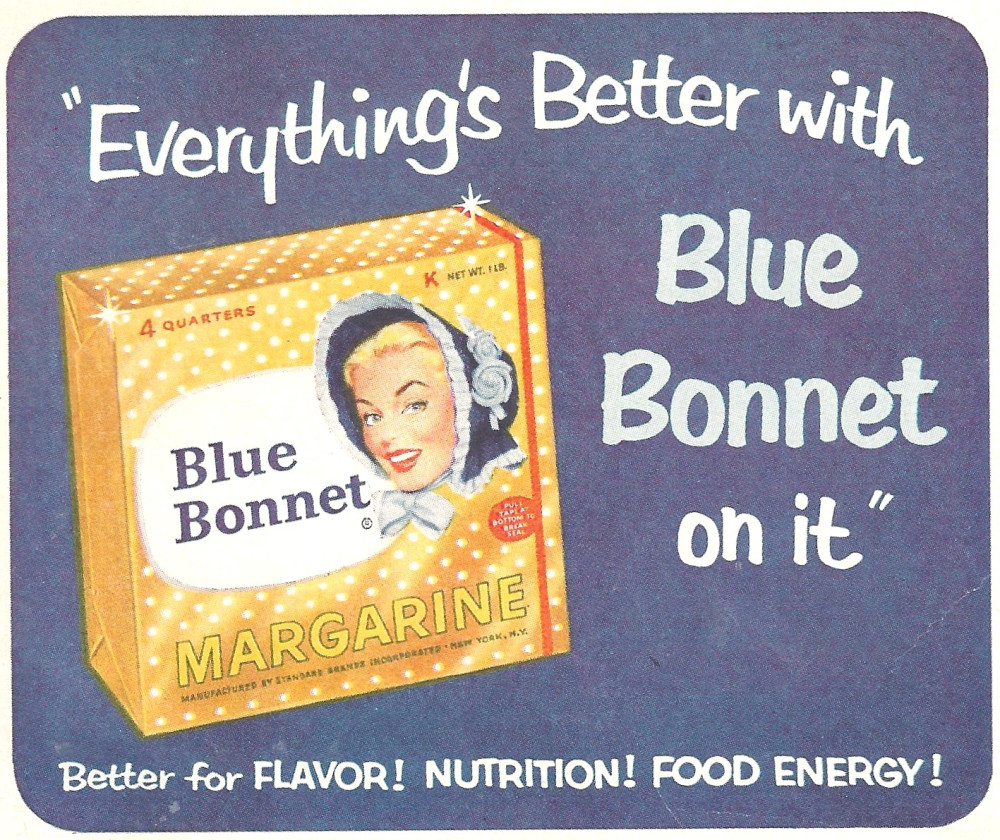 Maybe it's the margarine talking, but I really love margarine. 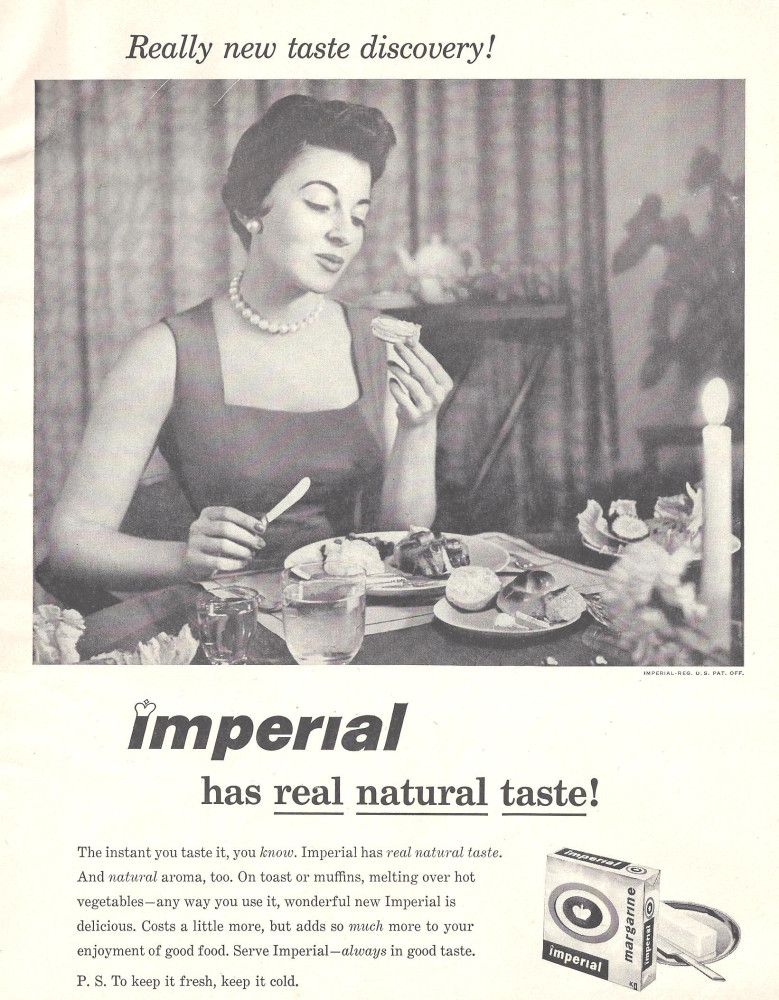 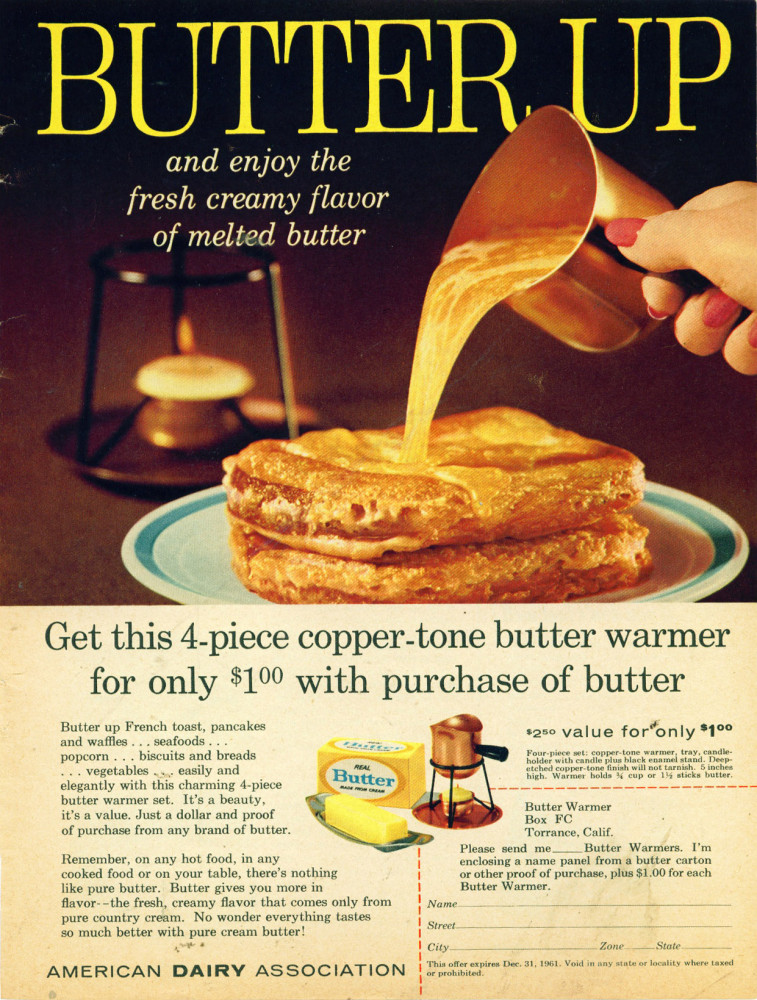 A bit of bread for breakfast with good butter, that is good.

For the good housewife it is common sense to care properly for her family with clever rationing.  She knows her responsibility.  Thus butter comes into the house before anything else - exceptionally fresh, delicious butter.  That's really the best way to care for the family.

*as a side note, those kids' backpacks are rigid and god help you if you get on a bus with 25 of them.  Massive internal organ damage.

Little Tom Tucker
Sings for his supper.
What shall we give him?
White bread and butter.
How shall he cut it
Without a knife?
How will he be married
Without a wife?[2]